Need Help? Have Questions? Fill out the quick contact form below and we will be in contact soon! 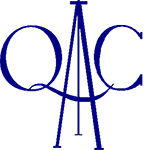 Sign Up for our
free newsletter
Newsletter
Submissions
Prayer
Requests

The 2017-2018 Fraternal Year John Paul II Council, #4522 Officer Elections were held at the Council home on May 24, 2017, at 7:30 p.m.  PGK Craig Delaney, on behalf of the nomination committee, conducted the special meeting and the election proceedings.  The Council thanks the outstanding work of the Nomination Committee, including PGKs Craig Delaney, Al Avellino, and Dick Owen.

Your slate of officers for next year, commencing July 1, 2017 are:

Elections were also conducted for Officer positions in the Casey Club.  Elected were: